Developing a Culture of Innovation and Purpose

How do you develop a culture of innovation and purpose that leads to amazing breakthroughs at work? It starts with a solid foundation of trust and shared purpose. Consider the powerful story behind the construction of the Empire State Building:

On St. Patrick’s Day 1931, construction in New York City began on what was to become the 102-story landmark building, the world’s tallest for nearly 40 years. When the Empire State Building was completed a mere 13 months later, it represented the height of the American work ethic, our innovation, and our individualism. It was the “Age of the Skywalkers”—architects, builders, and workers—those who took risks, sought the daring challenges and made progress happen.

In our time, it amazes us that such a feat was achieved in less than 13 months of construction, especially within that era. How many modern-day construction efforts of consequential size do we see finished in that timeframe? How many road projects, seemingly small in comparison, finish in that period? Very few, if any. Yet, this was the construction of the Empire State Building, in a time much less technologically advanced. Were there mistakes? Yes. Were their failures? Yes. But the people behind the construction (particularly the Mohawk Indians who walked along the beams without harnesses, demonstrating exemplary bravery and skill) persevered and excelled in a way that now is almost impossible. 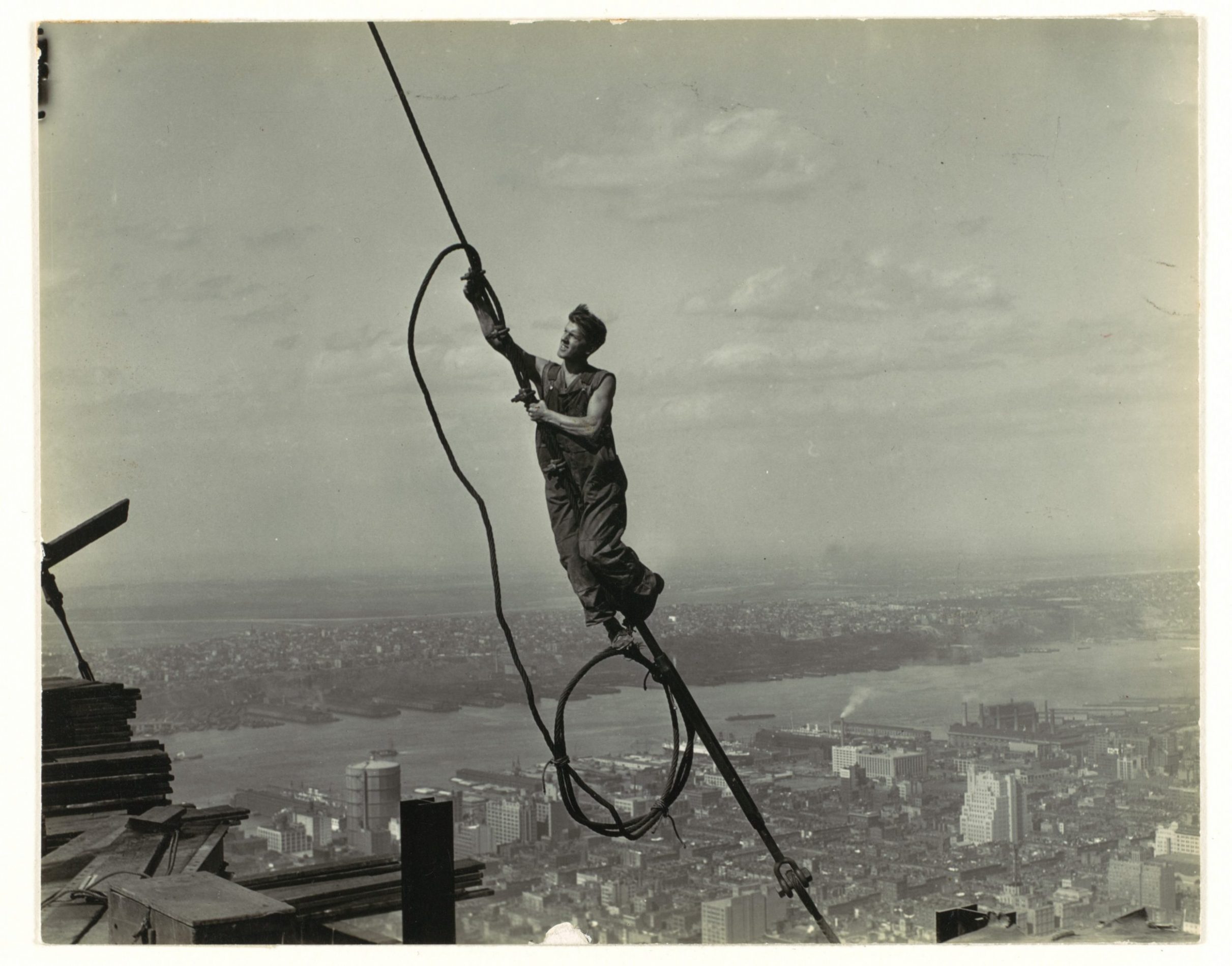 Today, our businesses are bogged down with extraneous paperwork and red tape, and often stymied by a stratum of processes. At the procedural core of how we often do business in America lies the root cause for the attitude of “someone else will take care of it” and “not my problem.” Skywalkers, who built the Empire State Building, worked on skyscrapers without a rope, but they worked as a real team, and their cohesiveness is evident in the magnificent NYC structure that stands today.

Many employees today seek a work environment where they are enabled and free to solve problems, develop new ideas, and have responsibilities. These are the places where tomorrow’s Skywalkers will develop and flourish.

Three Steps to Grow a Culture of Innovation and Purpose

People want to be held accountable—whether to a task, making a sale, a document, or a decision. By establishing these, people can work within those expectations and rules.

Businesses should promote feedback more frequently than the average once or twice a year performance review. By sharing positive and negative feedback with peers, subordinates, and leadership, your culture will become one that raises the problem, solves it, and moves on. Yet, this also requires a commitment from all your co-workers that they can accept criticism and constructive feedback. Think of our greatest athletes, especially those who can accept criticism as part of their everyday lives and learn from it—how well does your team respond to feedback?

3. Promote team incentives over individual ones.

Sports teams that excel are incentivized to win or achieve their best as a collective, where the players think beyond individual records or goals. Most companies bonus their workers based on their individual performances. This creates a narcissistic workforce environment where individuals feel compelled to stand out and often have a reluctance to share the work with others. Performance should be based on the team as a whole—do this, and the team members will start to self-manage performance issues.

These points are not actions that can be implemented overnight—they require time and commitment at every organizational level. You may experience issues and missteps along the way as you attempt to instill these changes. But, if we want to return to the Age of the Skywalkers, we have to step out without a safety rope and trust that our workers can design and build our next great wonders.